I have had the great luck of participating to the first national forum of autistics in Brazil, from the 22th until the 24th of september 2016, organized by Abraça in the city of Fortaleza.

“The autistics do not deserve to be rejected just because they are persons who have a “strange” behaviour…”
(This is the spontaneous answer of this young autistic boy, when asked to say something to the world.) 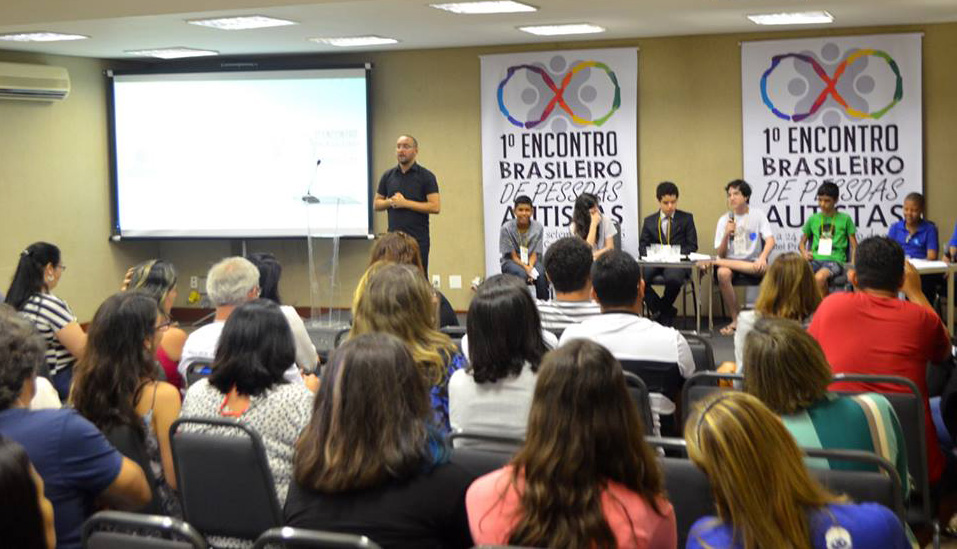 I was really amazing.
A historic moment for autism.

Certainly one of the best country-level big events for us the autistics, in the world, and definitely an example for the other countries.

It was organized by both autistics and parents, and the mix was perfect ; the autistic were not just “guests” in a “congress about autism”, they were central, for me it was really a celebration of autism and the autistics, in a very good atmosphere, simplicity, sincerity, good sense, true things, many songs, many laughs, some tears… autism is true life !

I have met really fantastic people, proving that every autistic, with his/her originality, can (and should) enrich the world.
The most “magic” moments were when I was with Miguel Angel Fernandez Garcia, a 13 years old autistic boy from Peru, who is “like an angel“, like many autistic kids in the world.
This boy is very peaceful and kind and good…
The simple fact of being close to these kids makes each person better, they irradiate the good, and it is contagious 🙂
Probably this is the most important “autistic quality” (that only the “non-contaminated ones” -by the social system- do have).
That is why it is very important to be very careful with the adaptations, in order not to ruin stupidly some treasures and their power.

It would be long to describe the event, I don’t have the time to make an article about it, but I want to add some other important things :

I think that not only autism is not a problem, but the autistics may become more and more necessary against the problems of the world.
When you listen to my conclusion in the part 3 below (which is in english and portuguese) you can surely guess it.

This article is a draft : I have so much to do, that probably it will remain a draft…

Here are the Youtube clips where I talk (all this is not perfect, there were various little problems, but things were made with simplicity and humanity) :

1/ In the opening session (international) :

(it is in portuguese, and the end is cut, but I plan to make a clip with all the original sound (I spoke in english))

2/ When I describe (in spanish and english) my (quickly made) drawing presenting autism and non-autism in the world : 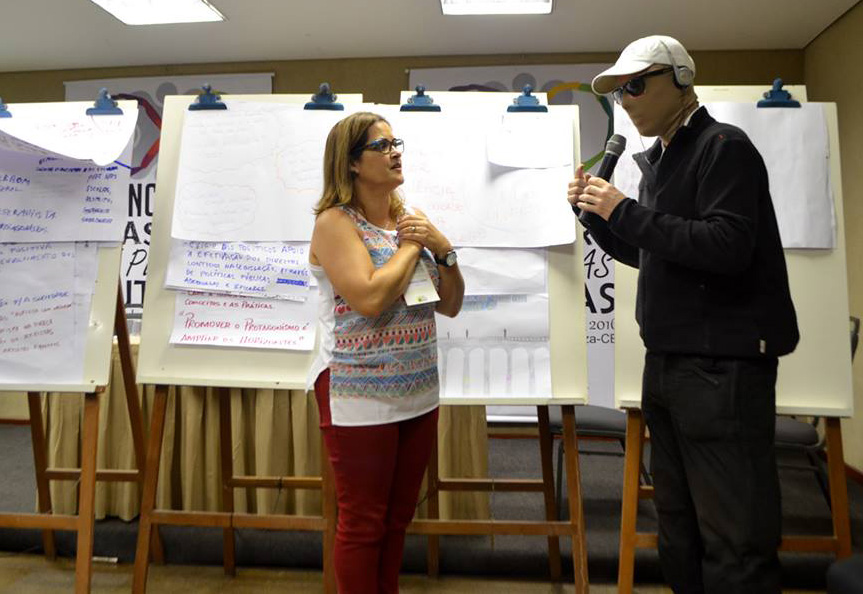 3/ My conclusion of the forum (until 3h44 – in english and portuguese – it is sometimes very improvised, we were all very tired) :

I have been also interviewed by a local TV and maybe I will receive the link later.

Thanks again for this very good event, giving hope in the defense of autistics and of the good sense.

Thanks to our sponsors in Brazil